My name is Richard Dam, born in The Netherlands (1976), married and living in the city of Heerenveen. After having attained a bachelor’s degree in Technical Computer Science, I have been working as a software engineer/designer for various companies. Among these companies are ASML, Philips, BenQ Mobile and Asset Control. During these years, I have learned that a good understanding of the customer’s needs is of utmost importance. Translating these needs into an efficient and user friendly software solution is my passion. Also see my LinkedIn profile. 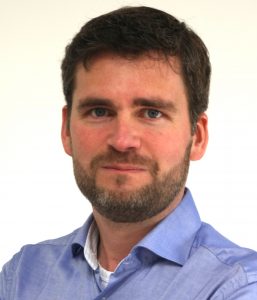 My father, who is an expert in the field of pipeline design, came up with the idea of automating the design op pipeline constructions in 1996. Because both I and my brother were studying computer science, we started working out the idea, according to my father’s guidelines. The results were promising, so we continued adding more features and a higher degree of automation. The software grew out to be an integrated solution. For various reasons however, the software was never commercialized. Because there is still great potential for the software, I wanted to give it a serious chance. In 2015, I decided to work fulltime on improving the software (supported and encouraged by my wife). The software was technically updated (database, CAD output, reporting) and was enhanced with major new features. In April 2016, I founded Smartficient.